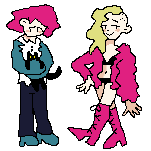 My game is done.
It's called Mushroom Hell.
you can get it on itch.io here!
please check it out.

-Mushroom Hell is made in RPG Maker 2003 (the
steam version.) I chose this engine because it's
intuitive and pleasant to use.

-It has original graphics and music by me..I
don't know how to make music, and I didn't look
it up before starting. But so far everyone seems
to like it? lol

-The main character is called Desdemona! She's
an introverted, somewhat snarky hotel cleaner
who generally keeps to herself. She has a cat
named Test Subject, who is the only fully voiced
character in the game (voiced by my cat).

-The game includes RPG elements, such as fighting,
as well as pixelated gore and violence. But nothing
too over the top.

- here's the game's/my mastodon account!
this is the best place to ask questions about the
game, as I can easily respond there. The other way
is to email me, at 7426253@gmail.com.

the devlog I wrote while creating
this game. now finished.

a 'wiki' esque page detailing
the game's story as well as
introducing the main characters. 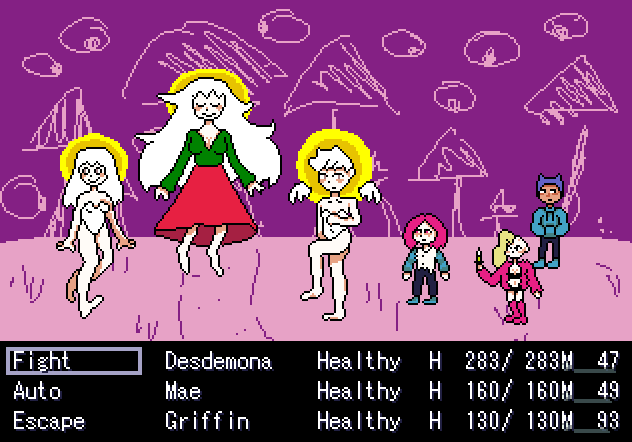 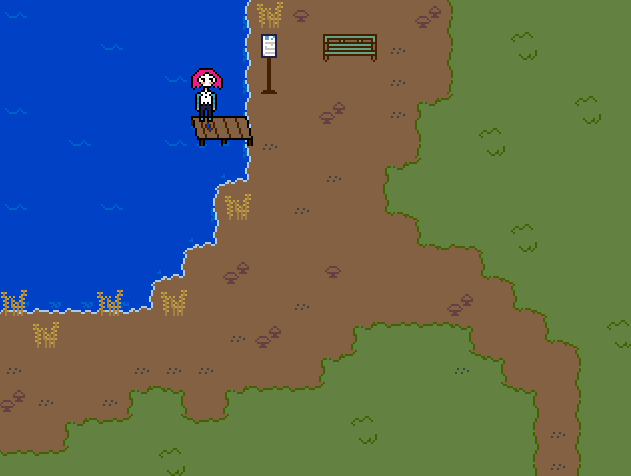 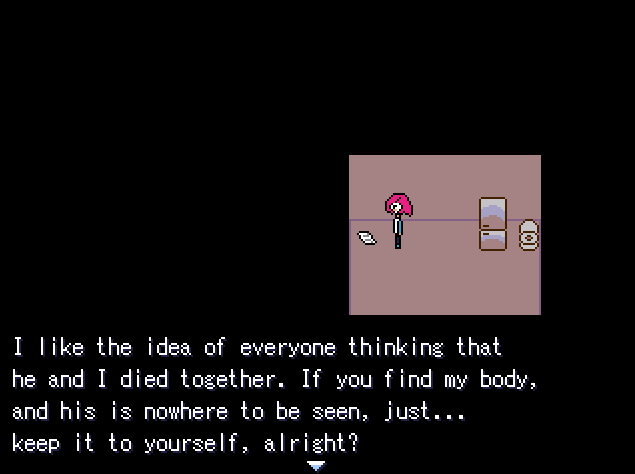 if you decide to pay for the game, approximately
2/3rds of the money goes to me. So if you want
to support me and my work, that is a good way
to do so.