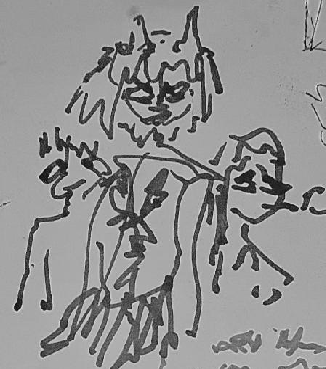 There's three people from your school there. The girl with the cat ears is in the middle, and
the other two, both without animal traits, are listening to her talking. She looks tough, like
a character from a movie. The other two are agreeing with everything she's saying, the smoke
from their cigarettes floating in between them, making it look like there's mist hanging around
the train station.


You walk over and greet them. The girl with the ears looks you up and down, and a look of
recognition flashes over her eyes when she sees your cat ears sticking up from under your
hair. She takes the cigarette out of her mouth and nods at you.

it's not as much a question as it is a statement. You nod. You notice that the other two teens
aren't saying anything. They just silently listen to the girl and look in whatever direction
she's pointing at. Which in this case is at you.


"Cool," she says. "I'm Rachel, by the way. Though you probably already knew that."

You didn't already know that, but you nod anyways. "I'm Charles."