You leave the train station. You're almost at school. You can see the building from where
you are. It's a huge building without a lot of windows. It's mainly made out of concrete.
It has been there for quite a while, even though the materials it is made out of suggest
that it was built quickly and not meant to stay there for long. You once heard a rumor that
the school was going to move to a shiny new building on the other side of the train tracks,
but that never happened. The other day, a student was walking up the stairs when one of
the steps fell when they put their weight on it. apparently someone was below them on
the stairs at that moment. 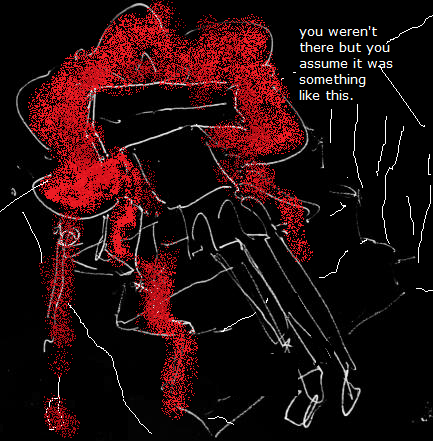 you're not sure, however.